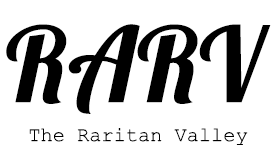 The fire was dwindling down, as it’s flames began to flicker away into the old brick fireplace. With no one in the group willing to get outside to grab more wood and the stock of ale just about exhausted by the thirsty group of men, it was about time to call it a night. Good timing to because another Nor’easter storm was on its way and threatening to have the rowdy group stay another night.

“When do you think this God forsaken owner of this tavern is going to finally fix this roach problem?”

Charles shouted turning to his group and finishing the last gulp of his ale, that was made from  the apple tree that arched over the roof of the tavern, and sometimes fell down in batches during the summer months in Raritan.

Overhearing the conversation was the innkeeper's daughter Bridgette, who was fed up with this group of rabble rousers. She kept thinking All they do is bitch and moan about every problem we have. They never can enjoy our homemade ale and bread without bringing up something they weren’t pleased with.

Nothing ever pleased this group of four, who grew up in this town and had seen it grow since the early 1800’s when the mill was being constructed and the likes of Alexander Hamilton came to town to plot his vision he had for the town.

“Hey Bridgette!” Charles, the leader of the group, yelled over. “It seems a little quiet this evening. Are you expecting any new arrivals this evening?”

“Not that I know of sir, Father is expecting a quiet week and is preparing for a week up in the mountains. He’s retired for the evening too so keep your loud mouth shut.”

Thinking to herself, I wish he kept it shut for good.

“Your Father, a mountain man!” As he began to laugh and gurgle up his 4th stein of Ale. “Never thought I’d see the day, with his old limbs.”

After that remark a ruckus a laughter ensued from Peter, George and Phillip. Continuing there laughter, they began to erupt in song. Singing a song they knew from their days in the Jersey Militia, helping keep the disorderly immigrants, who came flowing into the valley in the late 1830’s.

The Country has goone away

These New People are around

And we are ordered to stand ground

With our rifles held

We break the fool

Who attempts to take it

And escape on his mule

We are New Jersey

After their performance, they finished their steins in one quick gulp as they opened their throats to the eager liquid.

Shaking his head after that round, Philip, in confusion asked,

“Hey boys where’s Bridgette? I don’t know about you boys but I need a refill. Where’s that devil of a child?”

Little did the group know, but during their sudden rupture into song, a different scene had begun upon the arrival of someone in an all black, four seater stage-coach, that could seat six if you squeezed together.

The four, tall, crisp, and newly installed wheels were almost as intimidating as the two black Mustangs who claimed the front of this vessel of transportation.

Only two people were on board this carriage though, having dropped off the other two passengers at the Somerset Hotel down the road. The two individuals on board were mildly recognized in these parts of the country. The only people who were able to recognize them would be the few who subscribed to the new national newspaper called The National Inquiry.

The artist who drew the figures, was a pro-north person, and always pictured the man towering over the people as he spoke. He made the woman just as prominent as he was as detailed as possible bringing out her, feminine features. Drawings, that made it seem like these two figures were non existent. Just figures of this artist’s imagination. Imaginatory figures that caused the people on the East Coast to began to think that the newspaper people just made up to sell copies and meet their quotas for the month.

But on this night, that the owner and daughter expected to be quiet and a short break in the usual busy summer months, things instantly changed.

Upon arriving, the young daughter went to her post and waited patiently about 5 feet from the carriage, allowing the stern Tavern Keeper known as “Teddy the Keeper” to help the couple out of the intimidatingly carriage.

Hitting the ground last, after getting out of the carriage, was a tall-lanky figure, who spoke in a low underlying tone. A gentle tone that turned, Bridgette’s nervously shaking hands to an icey-freeze, as it cooled her nerves so her small petite hands would stop.

“Is there any rooms open tonight Ma’am?”

Yes sir, I mean I believe so sir” she confidently stated, in her fathers stead as she struggled to remember his instructions.

“Sir I will have to check the guest list and the rooms available. It’s protocol and it will only take a moment. Please hold on a minute more. I’ll fetch the availability sheet.”

“Of course Ma’am take your time.”

The woman replied, “Oh yes. We are the Lincolns. Mr. and Mrs. Lincoln. Now run along and do your business before this storm washes us up child.”

“Yes Ma’am” stuttering, now realizing who the group was, “Right away Ma’am”

She walked in to see the group of four stumble over each other as they tried to make it look like they weren’t peeping out of the window in curiosity.

In his drunken stupor, George slurred, “We weren’t lookin at nuthin Bridge.”

“The hell you weren’t you drunken fool. Now I have a guest to escort as I’m not going to awake Father. Now pack up and get out!”

Charles, trying to keep his leaderlike dignity, then jumped in before she ran up to get the room prepped, and said,

“It is sir, and if you don’t have any more ludicrous questions can I go do my job?”

With his mouth now slightly ajar, Charles spewed out one more thing,

“You mean that’s the lawyer?”

Grabbing their things as quickly as possible, sensing the true anger of the woman now, they rushed out the back door.

Peter, George, and Philip went out first and brushed by the couple who were standing in the middle of this Nor'easter, not noticing them. Charles went out last. Stepping out into the cold, he grabbed his new felt-bowler hat, and tightened the brim around his head. Once he stepped out, almost on cue, the wind started to pick up and blow the lightly fallen snow causing him to cover his face with his scarf.

Before heading on his usual path, back to his family home, he looked up to the man by the carriage. The two men locked eyes with each other. No words were exchanged in that moment, but it was such a moment that caused a change in Charles from that point forward.

In that brief gaze between the two, as the branded- beeswax candle lighted finally in the window of the room they would be staying in, Mr. Lincoln tipped his cap to the older gentleman.

Charles followed suit, and did likewise to the young lawyer in pursuit of the Presidency of the nation.