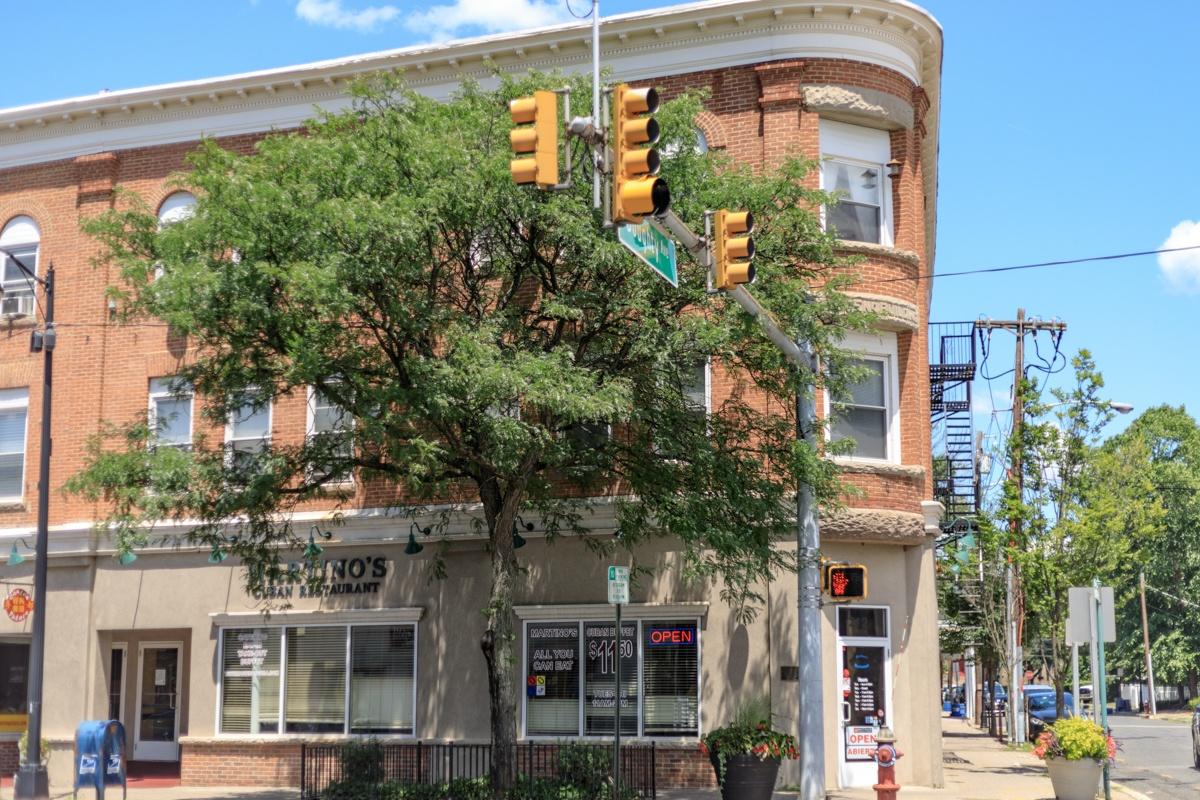 ‘Turn the lights off boys! We have a long day tomorrow and we need to be at our best. We have two big parties coming in and we have a lot of prepping to do so shut the lights off and get to sleep.’

Martino, the founder of Martino’s, battled his way to America from Colombia, with his wife and kids. First, with a brief stint in Miami, and then moving to New Jersey to start establishing himself in this foreign land, Martino began to dabble in the American restaurant business. He worked part time as a cook and at one point managing a failing pizza joint in a rough area of Jersey City.

Martino who ran a successful nightclub restaurant in Colombia, had all the skills to run his own business when he came to America but decided to try and work for someone else at first.

His son Ronaldo recalls, “My father owned the best night club restaurant in Colombia it was actually located on Route North and it was in front of a cemetary.”

But he had to make the sacrifice for a little bit when he arrived in America, to establish himself and work someone else.

It came down to knowing what he wanted to do for himself and his family. After another rough job as a cook, and getting into a scuffle, he drove off and ended up in front of a vacant building in Somerville. He made the decision right there where he was. ‘There was no turning back.’ He was going to open up his first business in America.

It was 1992 when Martino Linares decided to open up his restaurant in a shop that was vacant for years, on the corner of Doughty and Main, next to the old firestation that drove it’s last engine out of its doors in the 1970’s. It was an area of town that needed some life. With very little money, it took a little sweat to clean the place up with his family to get it into running order. When they finally opened the doors to the next chapter in their life, they also were welcoming anyone who wanted to experience the Pre-Castro Style Cuban Cooking.

When you walk through the doors of the 26 year old restaurant, you immediately get the feel of openness and connectivity. Because there’s no formal host stand, you're almost left to wonder, if it’s your first time there, ‘What happens next, do I sit down or do I wait for someone to seat me? ‘

That question is answered by one of the servers coming up to you shortly, after you arrive and escorting you and your party to your table. 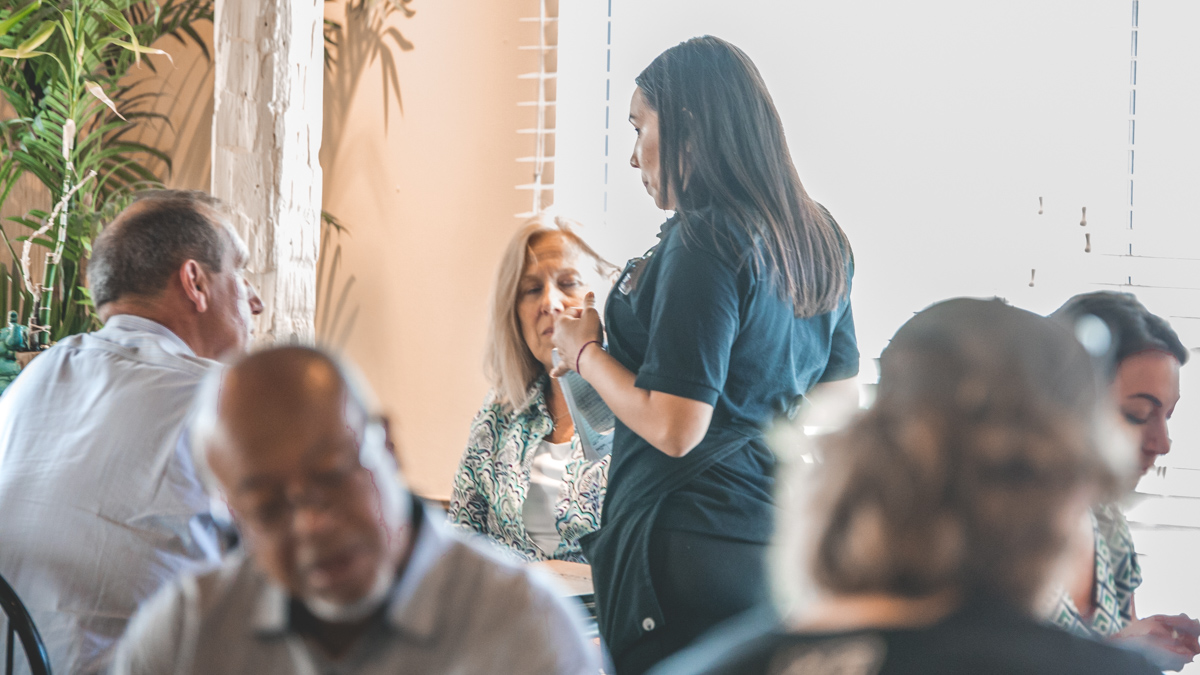 Walking to your table, whether it’s in the first dining area or the second one you continue to notice the cultured walls, the indoor spanish style roofing, and cuban pictures and paintings. They have an open kitchen and an opening cut out of the wall allowing you to see into both dining areas.

It allows you to see the culture before you taste it.

The menu, which started with just a few items on it, has grown into a full scale menu which still includes some of the original favorites.

Ronaldo, one of Martino Linares’ sons recalls the first days of the restaurant when he said,

“So before you know it, we’re out there painting the outside red, cleaning the inside and then it just opened up. Written on a piece of paper was 5 or 6 menu items.”

It was no matter though. Martino’s was open and they were going to fight the good fight to make this the best restaurant possible. They weren’t going to back down. Just like the Linares family had to do when they came over from Colombia and then finally made it to New Jersey, all in a few years time.

If you’ve been coming to this restaurant for awhile you probably have your favorite dishes, but if you haven’t and are thinking about this place then you probably are curious what Pre-Castro style Cuban food has to offer.

“We have your traditional old school dishes that were here, roasted pork Cuban Style,  patinos pasados’ is a classic cuban dish, the shredded beef and the Ox Tails are always amazing. Then the cuban sandwich which is one of the oldest selling dishes here at the restaurant.” said Chef Ronaldo

If you’re more of a lunch person, get into Martino’s for the infamous lunch buffet. They have it going from 11-2 Tuesday- Friday and it won’t disappoint. It’s full of your classic cuban style dishes. It also has a complimentary ‘Avocado Salad’ which is topped with their homemade avocado dressing. Giving a unique simple flavor that leaves you wanting to buy the recipe(which isn’t for sale at the moment). Afterwards, you may be greeted with one of their delicious homemade desserts… 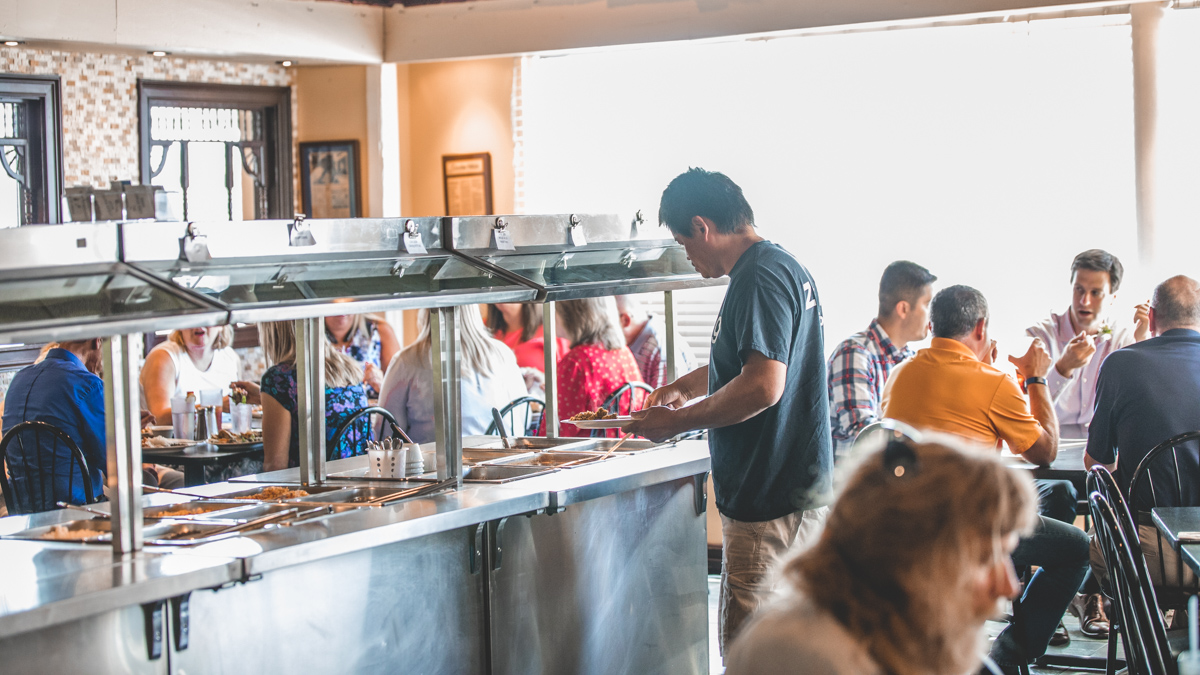 If you’re coming in for dinner, and your one task for your evening out with friends and family was to get a bottle of wine, and you forgot…

...Well, maybe you were just thinking that Martino’s was going to have a bar or something. Well... they don’t have a bar. You just screwed up. It’s BYO(bring your own). Of course, you can go out and run to the liquor store, if you want to keep your date, family or friends waiting but why not utilize Martino’s wine pickup and delivery service? That way you not only can see how quick and efficient they are at Martino’s, but you can say to your party, “Oh I knew they had the wine pick up service when you told me to pick up the bottle.”

If they believe it or not you’re in the clear! Now that you have the bottle of wine, it’s now time to look at the menu.

A dinner at Martino’s is not just a dinner. It’s an experience into a culinary scene that is a mere 1,329 miles away from Somerville. You have many choices on the menu to choose from and you have options that will take you to all parts of the cooking in Cuba.

Provided by the foundation that was set by Martino, Ronaldo, his second youngest son, is providing his own flare to the dishes, while taking over as Head Chef.

Martino Linares Jr. the youngest of the four boys is also helping run the operations side of the restaurant.

As head chef, you can tell it’s what he loves to do. You can tell in the cooking and presentation that each dish is prepared with equal love and attention.

Although Ronaldo is often busy during the week and restaurant weekends, don’t be surprised to see the Head Chef walk outside to check on how you’re doing and what you have planned for the rest of your weekend. 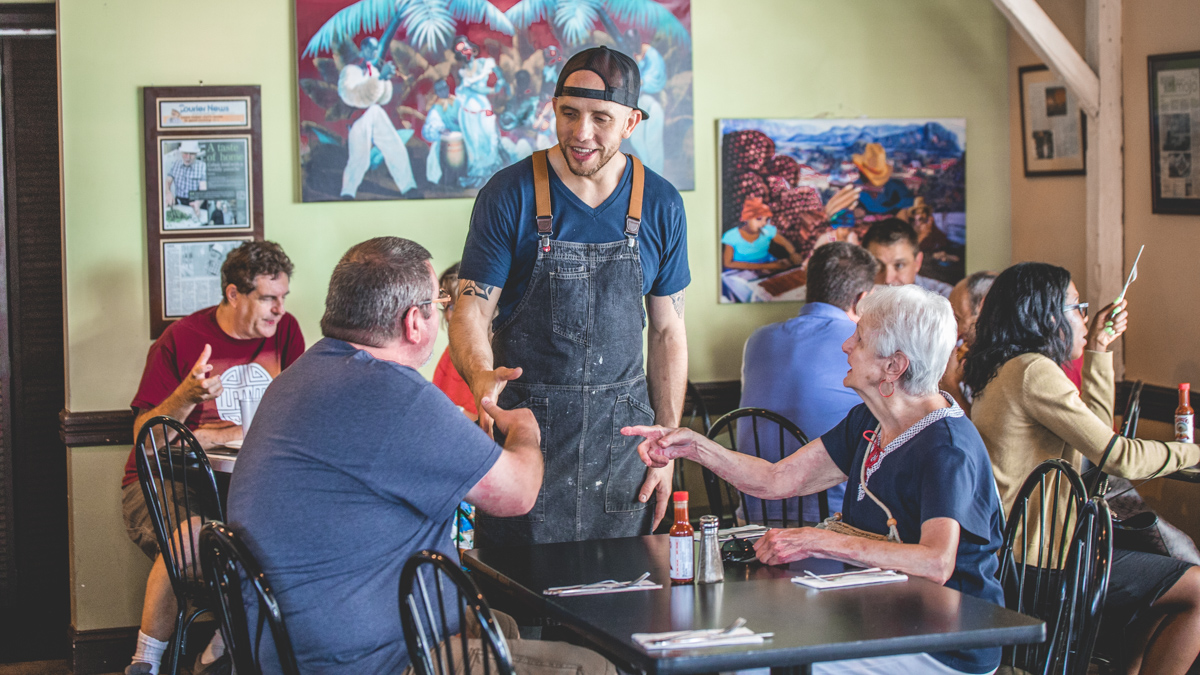 Ronaldo gets it, but did you get it, after that cliffhanger we left you off on a few paragraphs ago?

You may be wondering what that delicious dessert was, that the servers drop off at your table after you finish your meal during the legendary buffet lunch. A treat that isn’t advertised as such, because if it were the line would stretch across main street and end at the oldest hotel in the country. A line that would rival the one at the apple store(if it was on a day that another iphone came out).

It’s none other than their home made Tres leches. It’s something that you need to come by and experience to understand the love that they put into it and the delicacy of the cake, mixed with the three milk flavors that just melts in your mouth.

Also, after your dinner,  make sure if you’re a coffee drinker, to order the Cuban Style coffee. That will give you another flavor of the country that Martino Linares fought in, during the Bay of Pigs and in which he decided to bring the flavors back to America, after fighting through the Cartel Wars in Colombia and having to shut down his previous business.

They bring that fighting spirit into the culture that they’ve established here at Martino’s too.

The culture is one that has been evolving since the day they opened the doors in 1992, but the core elements of it remain intact. 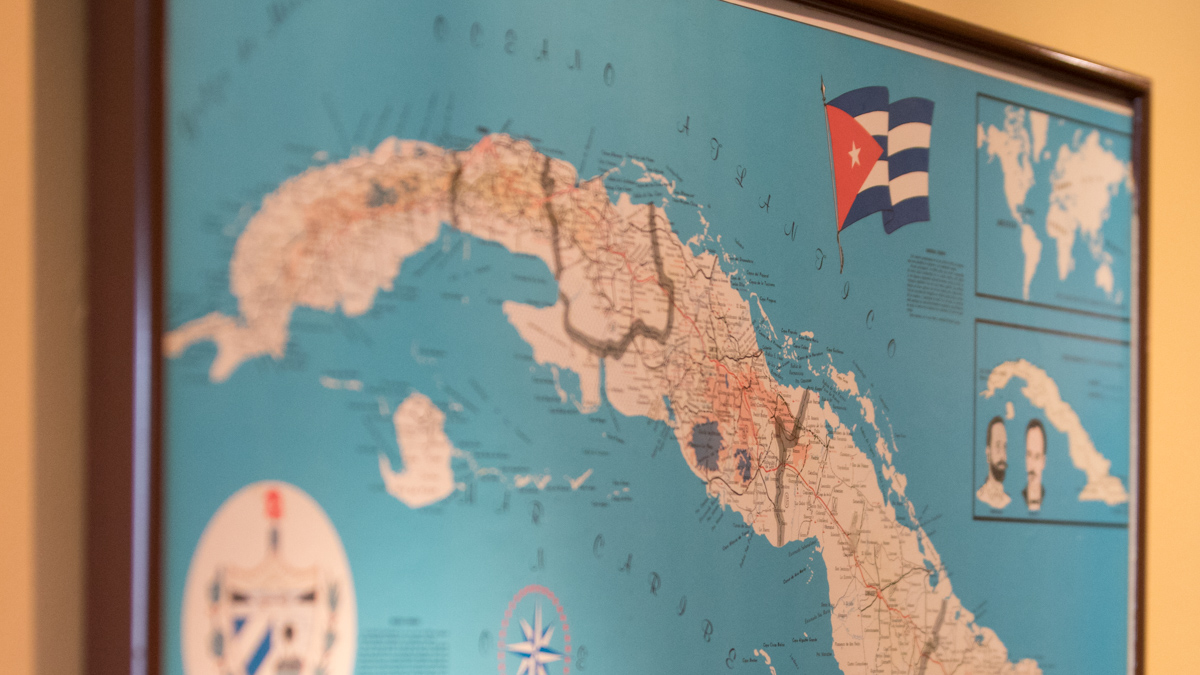 “It’s a true family atmosphere. You know everyone’s treating everyone as you like to be treated. It’s an opportunity for them that provides means to take a step forward. Being in the kitchen you know we’re all part of one goal and it is to produce high quality food.”

From the moment this place turns on the lights all the way up until the last customer walks out the door, they are working to live up to this culture.

Their mission is simple.

“Just get it done on a consistent basis.” said Ronaldo

Since Ronaldo took over as the Head Chef And Chief of Operations in 2007 he’s been able to keep up with what they’ve been doing for over 25 years and also add his own flare to it with his own unique recipes that he’s been developing since he was back in Colombia.

“Without me knowing, they were imbedded in me, because I would taste stuff. My mom,  what do you think about this, and I would say good and my mom would be like no it needs this and I would be like okay I get it.”

They’ve built a family culture of hard work, that gives opportunities to people in the community.

The night is coming to a close though, on another Saturday night at Martino’s. The streets of Somerville are still moving but the closing procedures have begun and the staff is in full force cleaning up and prepping for tomorrow.

Once you hit the street of the Rail Town, off of the Raritan Valley Train line, don’t just run to your car. Well if you have the energy, enjoy an evening walk down the main street. Picture, the horses and carriages trudging down this old historic highway, which used to be known as The York Road and take a look around at the architecture of some of the buildings. Plus, you’ll never be short of some late night conversations with some of the locals around.

‘Alright boys, we got another big weekend tomorrow so I expect you to be at your best. Don’t work to hard in school this week!’ Martino said with a wink, as his 4 boys headed back to Rockaway for another week at school only before coming back a few days later for another round.

It was those long weekends working, having to sleep in the basement, and then coming back week after week that helped build this place and bring it to the point where it is now where people come in time and time again to get a little taste of Cuba. 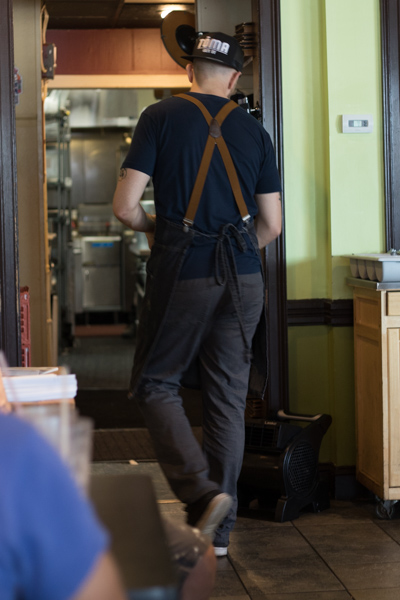 By- Tom KubrakEmail- This email address is being protected from spambots. You need JavaScript enabled to view it. for writing inquiriesIG & TWTR @tomkubrak ---Resources Terms Restaurant weekend= Friday Saturday Sunday

How do you feel about this post?
Happy (0)
Love (0)
Surprised (0)
Sad (0)
Angry (0)
The Spaghetti Dinner
Somerville Starlit Cinema Series Kicks Off July 13 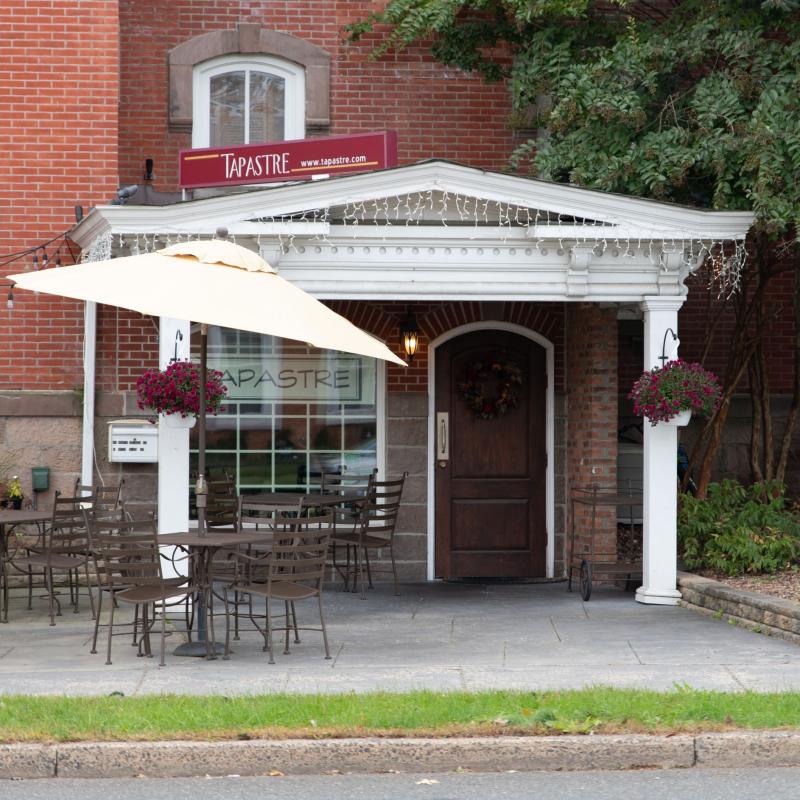 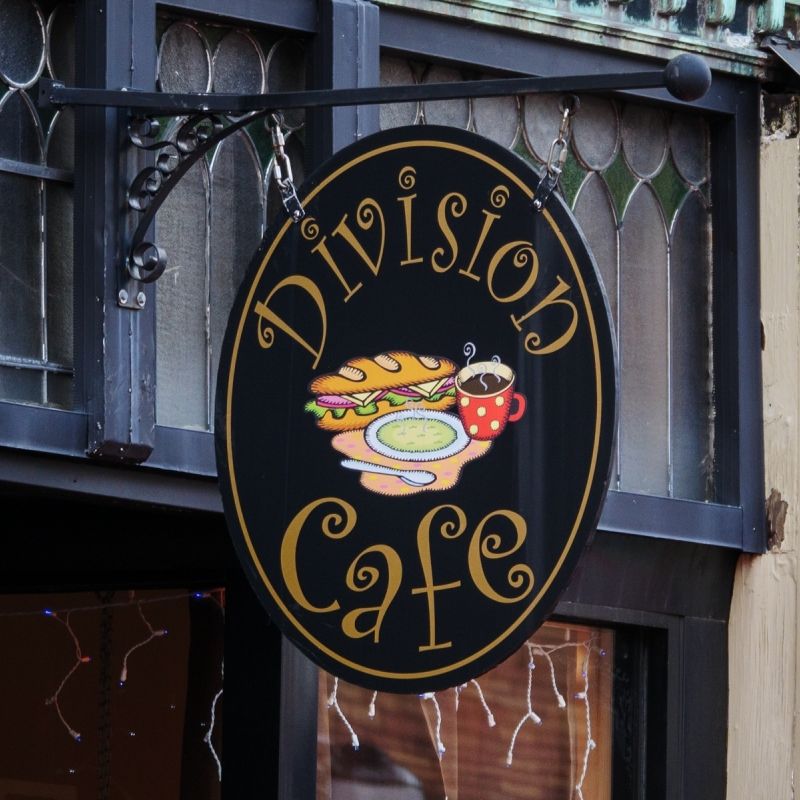 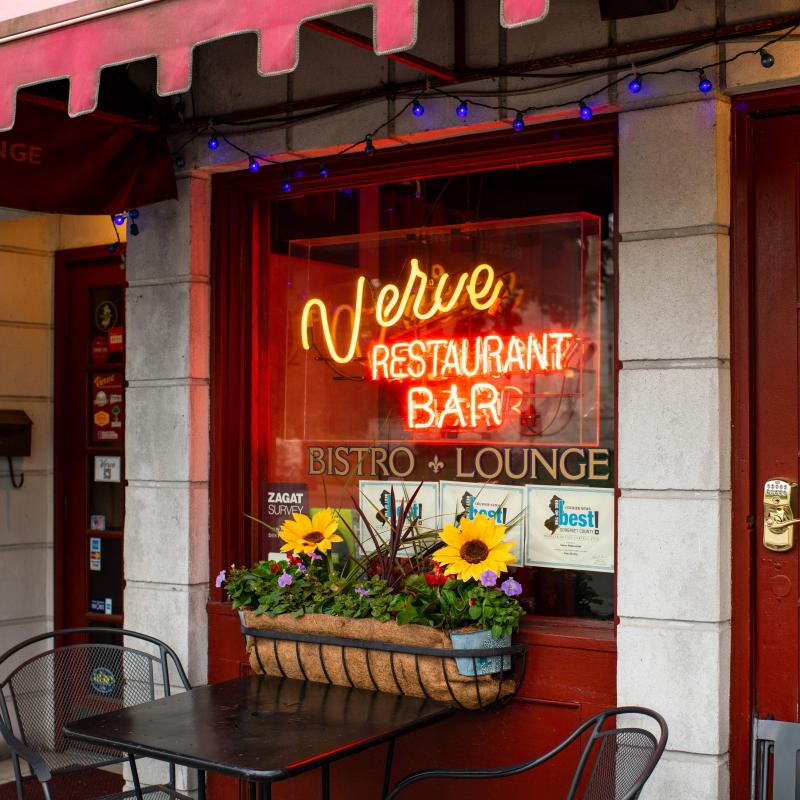 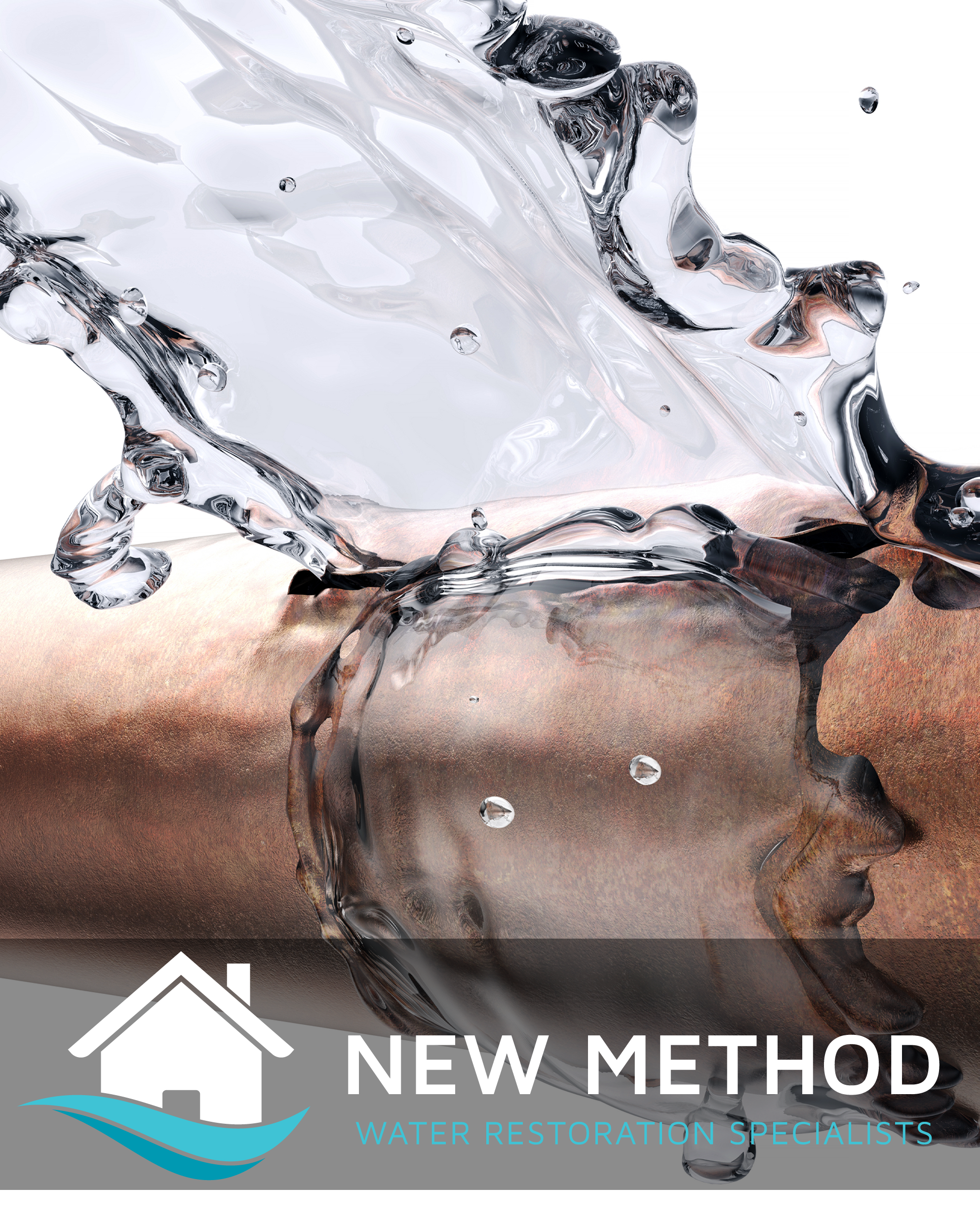